Is Your Diet Full Of Deadly Toxins?

By MealEasy in Articles, Blog

One of the biggest factors to maintaining good health is ensuring you eat the right foods. While this is important, if you want to attain the best health, you must also consider toxins in your diet.

Ok, so the subject isn’t the most pleasant to discuss, however, this critically important information will make you a more informed consumer at the grocery store and help you reduce your exposure, living a healthier life as a result!

What Kind Of Toxins Exist?

There are a variety of toxins that affect the general food supply.

These are perhaps one of the most worrisome offenders and are chemicals that get sprayed on produce products such as vegetables, fruits, grains, nuts and seeds. They also propagate up the food chain, as animals used for meat products routinely eat pesticide covered grains. There are a variety of different agricultural chemicals now used in order to maximize food production and profits.These chemicals are being used at alarmingly increasing amounts globally. 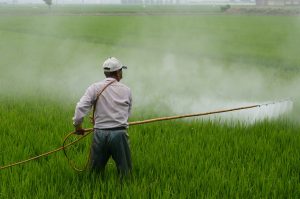 The most controversial and most heavily used is a chemical called glyphosate (commonly found in Monsanto’s Roundup weed killer) and used extensively in modern farming of crops. Over 1.6 billion kilograms of it have been applied to crops since 1974 in the USA alone! That’s an insane amount to say the least!

But that’s just the tip of the toxic iceberg…

Since the introduction of genetically modified “Roundup Ready” crops in 1996, these newly engineered crops have been designed to be glyphosate-tolerant; consequently leading to a 15 times increase in the total amount of glyphosate used! Ouch! Two-thirds of which were sprayed in the last 10 years, with the USA applying almost double per hectare of land verses the rest of the world.

Interestingly, 56% of global glyphosate use is being applied to to genetically modified crops.

Recent studies conducted by the University of California San Francisco found that 93% of people tested positive of glyphosate (~3 PPB in the USA, and 1 PPB level in Europe per person per day). Surprisingly, the effects of consuming these levels of exposure in humans have never been independently and conclusively studied by regulators or industry.

The safety studies on glyphosate and Roundup seem to have contradicting results with some of the most recent studies siting possible adverse health effects with more conclusive truly independent testing needed.

Regardless of the final future outcome of this chemical (and others), it’s safe to say you probably don’t want a known pesticide in your body, and your body was not designed to have it in it. So avoidance is just common sense prevention for optimal health.

There are a number of types of food borne health issues caused by bacteria that can be toxic if consumed. Bacterial food borne illness is the most common type of toxin that affects our wellbeing. 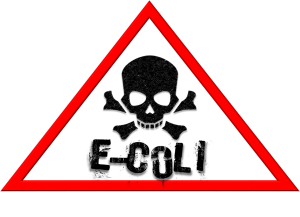 Some of these can be deadly and/or have a severe effect on our wellbeing and have to be taken seriously.  In the USA alone, 24 to 81 million people are affected each year!

Being aware that they exist and taking preventative measures is a must. Most can be prevented by following the guideline set by the United States Department of Agriculture (USDA) including these four steps:
1) Clean: Wash your hands and cooking/preparation surfaces often.
2) Separate: Do not cross-contaminate.
3) Cook: Unsure food is cooked to proper temperature.
4) Chill: Promptly refrigerate your food.

Bacterial contamination can also occur during the food production or transportation process. To protect yourself from this possibility it’s wise to keep up to date on food safety bulletins.

In Canada, visit the Canadian Food Inspection Agency – Food Recall Warning page, where you can also sign up for food recall e-mail notifications to keep your family safe from high risk recalls you may not otherwise know about.

In the USA, visit the U.S. Food & Drug – Recalls, Market Withdrawals, & Safety Alert page. There is also an option to receive email notifications. Note that these alerts are for any type of safety issues including bacteria issues.

These are also common toxins that affect human health, including lead, mercury, aluminum, cadmium and arsenic.

While no amount of lead is considered “safe”, research by Environmental Defense Fund (EDF) found lead in 14% of food samples and 20% of baby food samples overall and even up to 40% of some types of baby foods! Recently studies by the EDF found that over 1 million children consume more lead than the FDA’s recommended limit. 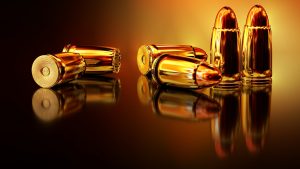 Mercury is another extremely toxic substance, with even small amounts of exposure being classified to possibly ‘“cause serious health problems” by the World Health Organization (WHO). Exposure mainly comes from seafood, including various types of fish, rice and high-fructose corn syrup.

Aluminum has long been suspected of being linked to Alzheimer’s Disease, though studies have been inconclusive, with some showing no link, while other very recent studies showing a clear association.

Making up 8.2% of the earth’s surface, aluminum is found in abundance in nature; though it is likely not good to ingest too much of it. Common food sources with higher quantities include food additives, baking powder, processed cheeses, pickles (that contain “alum”), self rising flour, baby formula, coffee creamers, salt, processed foods and drugs such as antacids.

Cadmium is a highly toxic metal that is a known health hazard. The biggest source of cadmium in foods include organ meats such as liver and kidney. Surprisingly, cadmium is also found in cereal grains, leafy greens and root vegetables, which absorb it from the fertilizers applied to the soil they grow in. However, research seems to indicate that iron from these generally healthy food choices seem to counteract the absorption of cadmium in our body, and avoiding these healthful foods may do more harm them good.

▶ Brussels sprouts (due to their sulfur content which attracts arsenic from contaminated soil)
▶ Rice
▶ Chicken and poultry (typically fed with feed treated with arsenic-based drugs – now thankfully starting to be banned by the FDA)
▶ Dark meat fish (such as bluefish, swordfish, tuna, mackerel, salmon and sardines)
▶ Beer and wine (with frequent drinkers having 20 to 30% more arsenic levels in their body)

Being aware and mindful of heavy metals and where they lurk can help you improve your health. At the very least, this information is worth remembering.

There are many other types of toxins that affect our food supply, and the above are some of the ones to pay attention to first.

Stay tuned to our blog for our next post on other toxins in our food to be aware of. You may be surprised what you will learn!

How To Reduce Consumption Of These Toxins 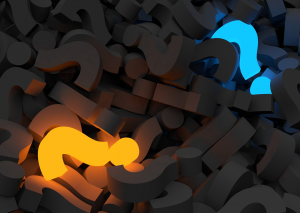 There are a number of ways you can reduce your exposure to the amount of toxins you consume.

Here are a few methods that will help:

The most important thing you can do to reduce your exposure to toxins automatically is to simply avoid processed foods! This will in general cut exposure overall.

Making your own food is the ONLY WAY to do this effectively and know for sure what you are putting in your body. Don’t rely on someone else to do it for you – your health is in your control – prepare your own meals.

For help making tested healthy home-made meals, consider joining MealEasy today! By making our easy to prepare delicious meals at home, you’ll automatically cut your use of toxins in your diet and be on a path to better long-term health.